We hope you’ll feel comfortable and assured, knowing Spectrum O & P uses the highest quality devices and customizes their products to give you the best fit possible! Our dedicated team is looking forward to helping you with all of your orthotic and prosthetic needs. 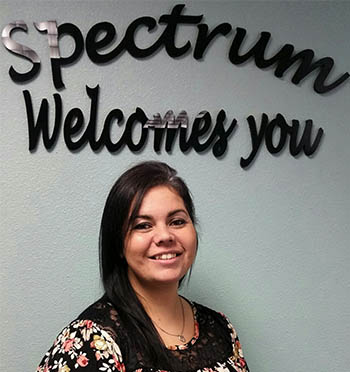 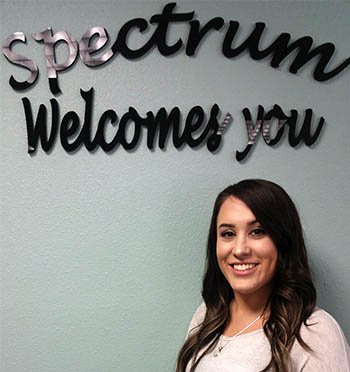 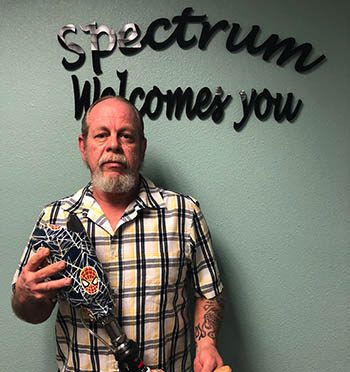 Joanie grew up in Corning Ca, where she graduated from Corning Union High School in 2002. That summer she began attending Shasta community college for two years. Later she moved to Hampton VA where she continued her education at Medical Careers Institution, where she graduated with and associates degree in applied sciences in medical assisting. She moved back to Corning and began working at the Olive Pit as a supervisor for 12 years, gaining amazing knowledge for customer service.

Joanie has been working at Spectrum since Dec 2016. She is excited for new growth opportunities and is eager to get to know all of the clients at Spectrum on a personal level. Since working at Spectrum Joanie feels she has already grown immensely as an employee and a person, and hopes to continue to have a long and prosperous future with Spectrum O&P.

Kelsey grew up in Corning Ca, where she graduated from Corning Union High School in 2012. She began attending Butte College in the fall of 2012 aspiring to work in the medical field. While attending school, she also worked in Corning at the Olive Pit as a supervisor, where over the next 5 years she gained amazing knowledge in leadership and customer service while simultaneously working in the mail order department shipping domestic and internationally.

Kelsey is the newest addition to Spectrum Orthotics and Prosthetics Inc. She is excited to grow her knowledge and provide exceptional customer service to patients and fellow medical professionials as well. She looks forward to learning all aspects of what Spectrum O&P has to offer.

Mike worked as manager for Cascade Orthopedic supply in Chico, Ca where he gained tremendous prosthetic and orthotic product knowledge. He has been in the O and P industry for over 22years and has been with Spectrum Orthotics and Prosthetics for over 11 years, fabricating orthotic and prosthetic devices. Having gained so much knowledge in the industry and his passion to help people, he became an orthotic fitter 3 years ago and has been serving the Chico and Oroville community.

Originally from Lake Almanor, but has lived and raised his family in Chico for over two decades.

In his spare time Mike enjoys hunting, gardening, woodworking and spending time with his grandchildren.