We hope you’ll feel comfortable and assured, knowing Spectrum O & P uses the highest quality devices and customizes their products to give you the best fit possible!

Our dedicated team is looking forward to helping you with all of your orthotic and prosthetic needs. 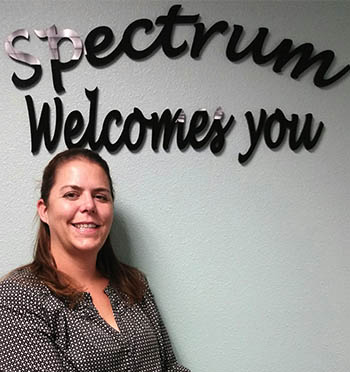 We are dedicated to giving the highest level of care to all our Orthotic & Prosthetic patients.

Board of Certification of Prosthetic and Orthotics

Sanjay has been Board certified in Orthotics and Prosthetics (BOCPO) for over 11 years and has been practicing Prosthetics and Orthotics for almost 18 years.

He completed his Bachelors in Prosthetics and Orthotics from University of Mumbai, India where he grew up. After working in India for few years he moved to Los Angeles, CA in 2006. He completed his certification in 2007 while working for a big company in Los Angeles. He joined Spectrum in 2013 as a Clinical Manager managing Chico, Yuba City and Oroville Clinics.

Some of Sanjay’s specialties within the field include microprocessor knees, vacuum systems for lower limb prosthesis, and upper limb prosthesis including mechanical as well as myo-electric hands.

He strongly believes in improving quality of life of the patients he works with and serving the local community.

In his free time, Sanjay enjoys spending time with his family, cooking, playing golf, and watching cricket. He also likes to work with his hands and work on things around the house.

He is married and has two children.

Katie is a native to northern California having grown up in Shasta County. She was very active in 4H with horses and livestock. She graduated from West Valley High school in Cottonwood in 1997. After she attended Shasta college where she received her AA in General Education and transferred to CSU Chico where she graduated in 2001 with a B.S degree in Agriculture Business and emphasis in Marketing.

After a variety of different jobs around the state Katie moved to Colusa County where she was employed for over 10 years as a loan officer for Farm Credit. Shortly after the birth of her first son she left Farm Credit and began substitute teaching. Katie has always been interested in a wide array of subjects and enjoys meeting new people. These skills led her to Spectrum in Oroville, which has been a great fit for Katie and her skill set. She and her family live in the area with their animals.

Mike worked as manager for Cascade Orthopedic supply in Chico, Ca where he gained tremendous prosthetic and orthotic product knowledge. He has been in the O and P industry for over 22years and has been with Spectrum Orthotics and Prosthetics for over 11 years, fabricating orthotic and prosthetic devices.

Having gained so much knowledge in the industry and his passion to help people, he became an orthotic fitter 3 years ago and has been serving the Chico and Oroville community.

Originally from Lake Almanor, but has lived and raised his family in Chico for over two decades. In his spare time Mike enjoys hunting, gardening, woodworking and spending time with his grandchildren.