Our staff of caring individuals works together across boundaries to meet the needs of our patients. We look forward to serving you. 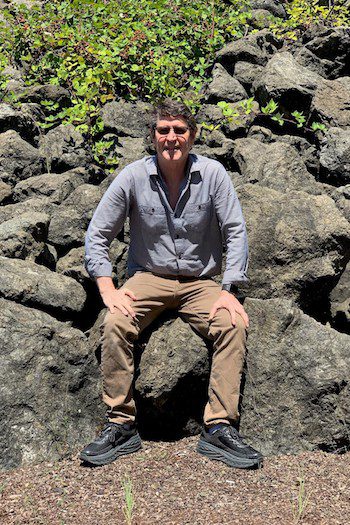 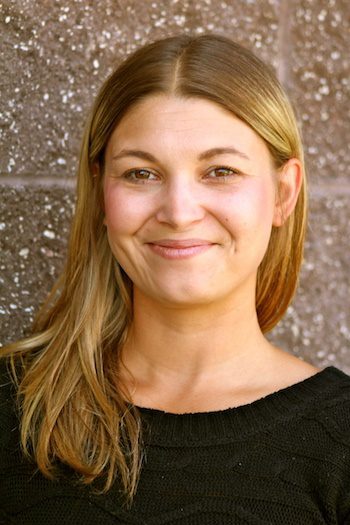 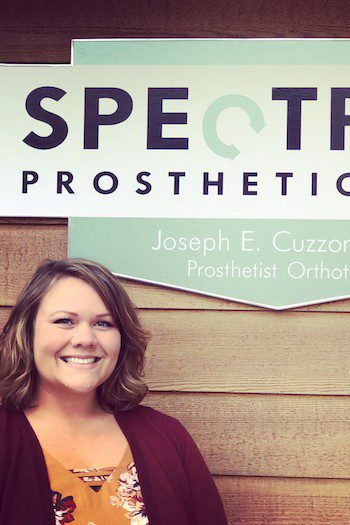 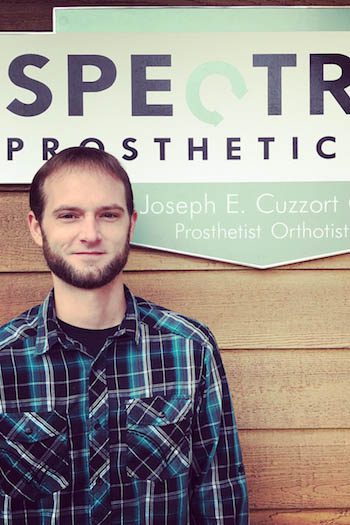 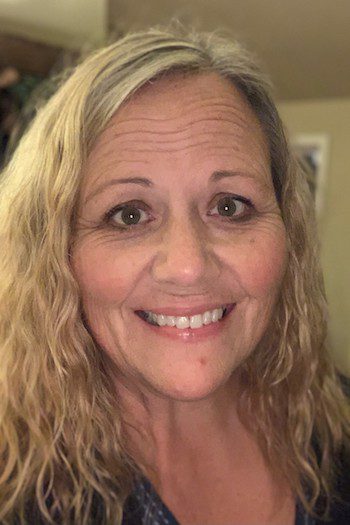 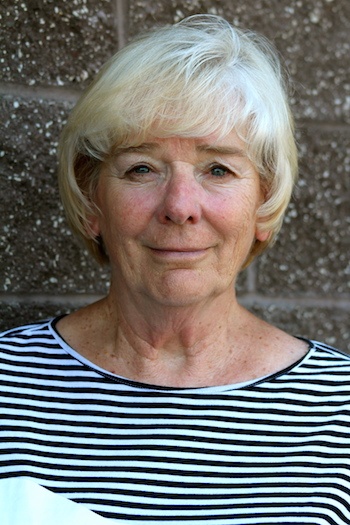 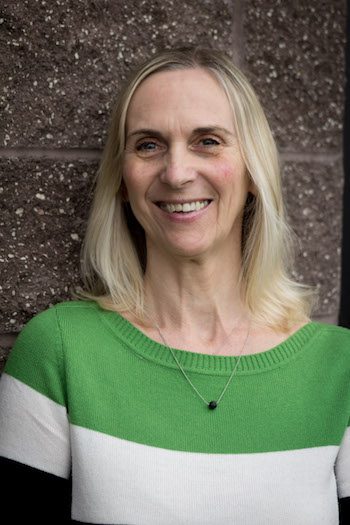 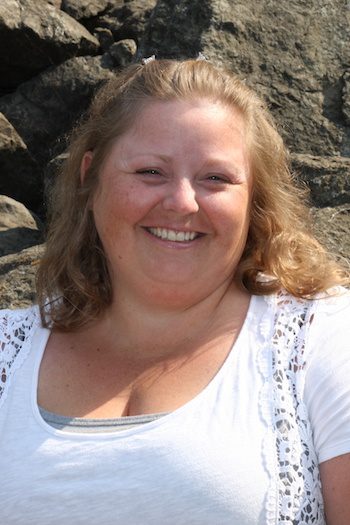 Come see us at Spectrum O & P in Roseburg! Let us help get you back on your feet!

Bob started in the orthotic and prosthetic profession thirty-one years ago as a technician working with clinicians and their patients. Bob became inspired to pursue his certification as a pedorthist and prosthetist and orthotic assistant, which he received in 2005. In 2010 he became a BOC prosthetist. He had the opportunity to work in a busy orthopedic office, working directly with the surgeons as a team member for orthotic and prosthetic care. He was fortunate enough to observe foot and ankle surgeries as well as transtibial and transfemoral amputations that gave him a better understanding of patient care.

He also worked with the Rehab hospital with physiatrists and physical therapists to give the best patient care. Bob moved to Colorado to be closer to some of his family out west. Working in Colorado provided further opportunities to work in pedorthics and fitting knee brace braces. After being in Colorado, a position became available in Louisiana as a lead clinician where he worked with a large prosthetic population and gained valuable professional experience. Bob returned to Maine to help the company he worked for rebuild the prosthetics that he had built when he was there originally. Still wanting to be out west, Bob researched Spectrum Prosthetics and Orthotics and found the company that he knows will give him the resources and ability to continue his growth in prosthetics and orthotics as well as to continue his goal to work with orthopedic surgeons, physicians, podiatrists and physical therapists to plan, create and deliver the best patient care possible. His biggest joy is being a part of a team with physicians and physical therapists to help patients reach their full potential.

Bob is excited to live in Oregon, to be closer to his nephews and to be part of a small community with ample outdoor life. Some of his most enjoyable pastimes are gardening with his wife, running, playing the guitar, outdoor photography which he is excited to dive into more as he continues to explore Oregon.

Steve has been working for Spectrum since 2010 as an orthotic fitter and prosthetic technician, specializing in orthopedic orthotics. He has a passion for learning and recently attended the Orthotic & Prosthetic Conference in Reno obtaining a certification for othotic fitting. Working with Steve, one can expect to be treated with trust, respect, dignity and professionalism! Comfort, Care and Compassion for you is Steve’s goal.

Steve has spent nearly 15 years working with local orthopedic surgeons as an MA, XRay Technician and a Casting Technician. Steve has lived in Grants Pass most of his life. He has 2 daughters, 1 son and 4 grandchildren. Steve loves to garden, spend time rafting and at the river, loves basketball and football… And most of all, Steve is the BBQ Master at Rumrey Family Farms!

Tiffany wears a couple different hats for Spectrum. Not only does Tiffany market for all three offices, direct the clinical operations of the Grants Pass location, she prides herself in working with patients on Mastectomy Fittings and Compression Garments.

As an ABC certified mastectomy fitter, Tiffany works directly with providers in our regional area to ensure will rounded care to those in need within our community. Her established relationships with the surrounding healthcare providers blend seamlessly into her talent in marketing, reaching out to all who benefit from our services.

When not at work, Tiffany enjoys time with her two daughters, Emma and Cami. Born and raised in Grants Pass, along with their dog Cash, they enjoy exploring Southern Oregon Outdoors with activities like camping, hunting, and riding quads. Tiffany is also an avid reader and loves her country music!

Ashley joined Spectrum Orthotics & Prosthetics Inc. in December 2014. After graduating from the medical billing and coding program in 2007 at Apollo College in Spokane Valley WA, she began working in a medical billing office. She brings to Spectrum medical experience in both administrative and one on one patient care.

Shortly after becoming part of the Spectrum team she completed the training to obtain her license as a BOC Certified Fitter of Mastectomy. Ashley takes pride in caring for and enjoys working with breast cancer survivors and their medical care team to help them regain the confidence and security they deserve.

Since moving to the Southern Oregon Coast in 2014, Ashley along her husband Duane enjoy exploring the coast, being a part of local events and activities, and spending quality time with friends and family.

“Tom has been working in the orthotic & prosthetic field since 1999.”

Starting as a lab technician, Tom began taking classes and gaining hands on experience. He is now a Certified Prosthetic Orthotic Assistant.

Tom is a valuable and dedicated employee who enjoys the opportunities the south coast has to offer including raising his family and hunting.

Elise has worked in the medical field for nearly 20 years and proudly fills the role of Director of Clinical Operations in our Roseburg clinic along with serving as the Patient Advocate. She has a passion for the well-being of every patient that comes through the door and invests herself into caring for them and continually strives to create meaningful and lasting bonds. All the while making sure they soon feel that they have become part of our Spectrum family. She works closely with the practitioners as well as our referral sources.

Outside of work, Elise enjoys spending time with her family, her Cocker Spaniel Charlie and boating.

Nancy enjoys her horses and the outdoors in her down time.

Isabel was born and raised in the Netherlands. She moved to Seattle in 1996 with her American husband. Together they have 2 sons.

In 2009 they moved their family to Grants Pass because they wanted to raise their boys in a community where the love of the outdoors is shared by many.

Before settling in at Spectrum she worked at the front office receptionist at a medical clinic specializing in internal medicine.

She loves living in Grants Pass because of its friendly people, the pleasant climate and of course as a real Dutch gal she loves her Dutch Bros coffee.

Crystal is a front office Administrator with a background in insurance.

Born and raised in California, Crystal and her family oved to Roseburg 3 years ago.

When not at work, Crystal spends time with her husband and daughter; fishing and enjoying the beautiful Oregon outdoors.