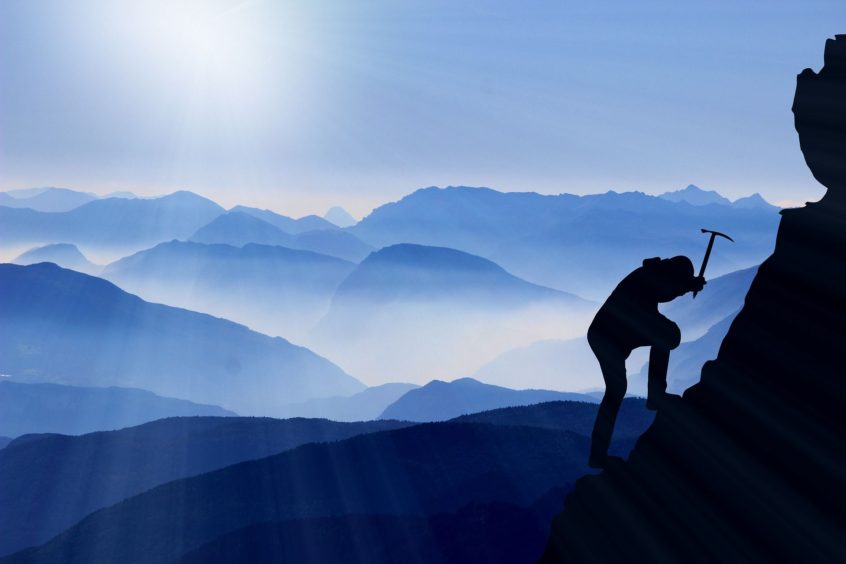 Our inspirational person of the month is Todd Huston. After losing everything from his leg, to his marriage and his house, Huston preserved to become of the greatest inspirational amputee mountain climbers in the US. Huston’s story of the power of love and inspiration is one for the books. In his book, More Than Mountains, he talks about what it was like to climb all 48 tallest peaks in the US and what inspired him to keep going.

When he was 14 he injured his legs in boating accident and due to complications eventually had to amputee one leg below the knee. Huston went on to become a psychotherapist and clinical director of the Amputee Resource Center in California. Where he helped train healthcare professionals and wrote articles in working with individuals coping with disabilities.

One day he got a phone call that changed his life. After a failed marriage and losing his house and almost everything, Huston got a phone call asking if he would like to join the Summit America Expedition. This expedition would entail climbing to the highest elevation of all 50 states. Little did he know that this would lead him to breaking a world record . He achieved his goal and summited all the highest peaks in 66 days and 22 hours, beating the previous record by 35 days!

Check out his TedTalk below to hear his inspirational story.